He is also the founder of Playful Humans, a community designed to help the burned-out and board get re-energized and engaged with life. His mission is to help adults rediscover the power of play and avoid a midlife crisis. Find out more at https://www.playfulhumans.com.

He is also a social media expert for Sandler Training, an international sales training organization, where he is the director of community engagement, hosts the popular How to Succeed podcast with over 2 Million downloads, and co-authored the book, LinkedIn the Sandler Way for LinkedIn and Sandler.

Mike loves to share ideas, information, and instigation on how to play your way to fun, flow, and fulfillment. Adulting is hard, and it’s easy to lose your way. But, you can beat burnout and avoid the mid-life crisis. Your imagination, creativity, humor, spontaneity, sociability, and sense of playfulness are still there! They just need to be found and awakened…

Ask Mike to tell a joke, play a game, or do something silly to entertain your audience. He is always a playful human! Can you come out and play?

“As I became more professional, and in my 30’s I wanted to make some more money rather than just making fun of it.”

Share an experience that has shaped who you are today.

In 2005, I was fired live on stage by Billy Idol in front of thousands of people, but this experience turned me into a bullet proof performer. At the time, I was on-air personality for a retro radio station in Kansas City, and I DJed in bars and clubs around the area. Billy Idol’s opening act got sick and the called the radio station looking for someone to fill in. Since I was the live DJ in the group, I got the opportunity to play music on stage for an hour before he came out to do his concert.

I met with Billy and his manager, and they made me a very poor offer of compensation that I accepted for the resume building opportunity. They said play mostly rock music, no Billy Idol songs, and whatever we play on the retro station was fine. At the time, I didn’t know we were playing a game of two truths and a lie…

I set up my equipment before they opened the doors, did a quick sound check, and I was on… I started playing retro rock songs like Jessie’s Girl and Jenny (867-5309). Billy Idol’s audience in 2005 was largely middle-aged soccer moms, so I thought I was crushing it until his manager came out and told me to play “rock music, like the Rolling Stones!” That’s when panic set in.

In 2005, there was no Wi-Fi or any way for me to get more or different songs. The only thing I had to play were the 100 or so CDs that I brought with me. And incase you didn’t know, in the bars, there are only a few classic rock songs people dance to… So I played You Shook Me All Night Long and Pour Some Sugar On Me as I frantically looked for something else that would fit. I think I found one Rolling Stones song, and I was now about 20 minutes into my hour.

I figured I had built some good will with three rock songs in a row, and I needed to stretch my time and engage the audience so I went for a bit of risk. I played Get Down Tonight by KC & The Sunshine Band, so I could make a joke about doing a little dance and getting down being OK, but please save the making love for the end of the night.

That’s when the lights came down, my music faded out, and house music came on instead. I looked over to the side of the stage, and the manager made the throat-cut gesture and said, “You’re done.”

I didn’t collect $200 or pass Go, I just collected my equipment and slinked out the backdoor. I met my radio station friends who were broadcasting the front to tell them that I was done.

It was probably one of the most embarrassing moments in my life, but I love telling the story because that is the moment I became invincible as a performer. My stage fright is almost completely gone. Nothing can happen on a podcast or corporate speaking gig that is going to be worse than that! I have since performed on thousands of other stages, and any time I find myself starting to worry I just think, “What’s the worst that can happen?”

I later opened for Frankie Valley in front of over 10,000 people and had a great time, and I have been pepper sprayed by police on stage, sexual assaulted, heckled, and had numerous equipment failures, but each time I handle it the best I can and keep going. You don’t get to be good without being bad first, and you don’t get incredible experiences without the risk, either. 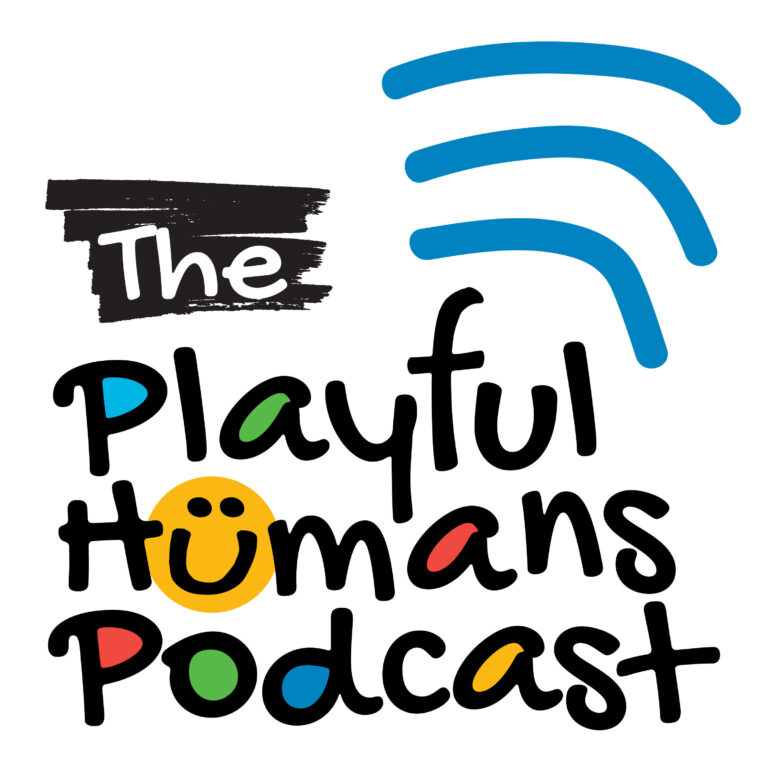 Playful Humans – People Who Play for a Living

If you need a little more fun, flow, and fulfillment in your life, we transform the burned-out and bored quantity-seekers into energized and engaged playful humans with a higher quality of life. Rediscover the power of play, find out who is playing for a living, and learn how they pull it off to have the most fun possible at work and at home. Join the club at PlayfulHumans.com!Adulting is hard, and it’s easy to lose your way. But, you can beat burnout and avoid the mid-life crisis. Your imagination, creativity, humor, spontaneity, sociability, and sense of playfulness are still there! They just need to be found and awakened.Each week, Mike Montague interviews a professional who is living the life of their dreams and getting paid to play! Get ideas, information, and instigation to be a more playful human!

Maria Brito is an award-winning New York-based contemporary art advisor, author, and curator. A Harvard graduate, originally from Venezuela, her first monograph “Out There” published by Pointed Leaf Press in 2013, was the recipient of the Best Book Awards in both the Art and Design Categories. In 2015 Brito was selected by Complex Magazine as one of the 20 Power Players in the Art World and in 2020 she was named by ARTNEWS as one of the visionaries who gets to shape the art world. For several years, Maria has taught her creativity course in companies and, in 2019, she launched “Jumpstart”, an online program on creativity for entrepreneurs based on years of research and observation in both the areas of business and art. She also created and hosted ”The ”C” Files with Maria Brito”, a TV and streaming series for PBS's new station ”ALL ARTS”.

Her most recent book is HOW CREATIVITY RULES THE WORLD: THE ART AND BUSINESS OF TURNING YOUR IDEAS INTO GOLD.

Subscribe to the Playful Humans podcast in your favorite podcast app: https://podfollow.com/playfulhumans/

What makes your podcast unique?

Playful Humans in an interview podcast where I talk to people who play for a living. It is designed to help adults rediscover the power of play so they can have the most fun, flow and fulfilment as possible in their work and life.

I interview magician, musicians, jugglers, artists, speakers, play experts, educators, and playful therapists about how they found happiness through work and play. I believe play is the missing piece in life for most adults. We have optimized out our joy in favor of comfort and convenience. We settle for drugs, alcohol, TV, and social media’s manufactured experience.

Our mission at Playful Humans is to remind adults about the power of play through our podcast and community. We want to create a safe space to play, give you ideas and inspiration for how to play, and give you permission and confidence to reframe your attitude toward your work and play.

Tell us about your podcast audience.

Adulting is hard, and it’s easy to lose your way. But, you can beat burnout and avoid the mid-life crisis. Your imagination, creativity, humor, spontaneity, sociability, and sense of playfulness are still there! They just need to be found and awakened. Each week, I interview a professional who is living the life of their dreams and getting paid to play.

We transform the burned-out and bored quantity-seekers into energized and engaged with a higher quality of life. Get ideas, information, and instigation to be a more playful human!